Dawn Wright, an associate practitioner at Warrington Hospital’s Emergency Department has been living with cervical cancer since December 2017 and continues to work throughout her diagnosis and treatment.

Dawn, 44, felt it was important for her mental health to stay in work as much as possible and was supported to do that. Sadly, her cancer returned for a second time and she was unable to continue caring for extremely poorly patients in the ED but was relocated to join the Staff Workplace Health and Wellbeing team during this difficult time.

Dawn now pays tribute to her colleagues and the support she received.

“I have been overwhelmed by the support from the Trust, especially the team in the Emergency department, during my first diagnosis.  They were a pillar of strength considering the extreme work pressures they are constantly under.

“As well as the professional support, my line managers and colleagues made time for me in their personal time and kindly created a ‘Just Giving’ page which allowed my daughter and I to have some quality time in very difficult circumstances.  They knew I wanted to stay in work, that it was important to me to be able to function and they worked with me to accommodate my needs.

“I had colleagues and managers check on me regularly when I did have to take time off; they made it so much easier for me to carry on.”

The team helping keep Dawn at work are ‘unsung heroes’, our Workplace Health and Wellbeing Team who look after staff physical and mental wellbeing by providing a range of services including; Consultations, counselling, physiotherapy and of course the annual flu jab campaign where they inoculate thousands of staff! Despite being a very small team they offer a fantastic, personalised service.

“They are amazing for a small team and have really made my cancer work journey so much easier by guiding me through what I can and can’t do and being there when I am having a down day. I don’t think I will ever be able to thank them for everything they have done for me.”

Dawn was up to date with her cervical smear screens but was diagnosed with cervical cancer just ten months after her last clear test. She was in remission for 5 months but just before Christmas 2017 she learned that an operation could not be performed as the cancer was too advanced.  She began radiotherapy, chemotherapy and brachytherapy (where radioactive implants are embedded into the tissue) but while in remission Dawn received the dreaded news that the cancer had returned in three places. She is now waiting for results to determine her future treatment including the possibility of becoming palliative or life-saving surgery which will leave her with the possibility of a stoma bag - which at present she finds very difficult to accept.

“It is so important to keep up with your smear tests but be aware of the symptoms, because cancers can appear in between your smear dates. Symptoms to be aware of are abnormal bleeding, post coital bleeding, bleeding in between menstrual cycle discharge that is unusual in amount, colour, consistency, smell, frequent urination, pelvic pain, painful urination.

“People often ask me how I am coping and why I’m in work and my response is always the same ‘My faith, my family and my friends keep me going’.  I want to continue to work to help others to the best of my ability while I am still fit and able to do so.” 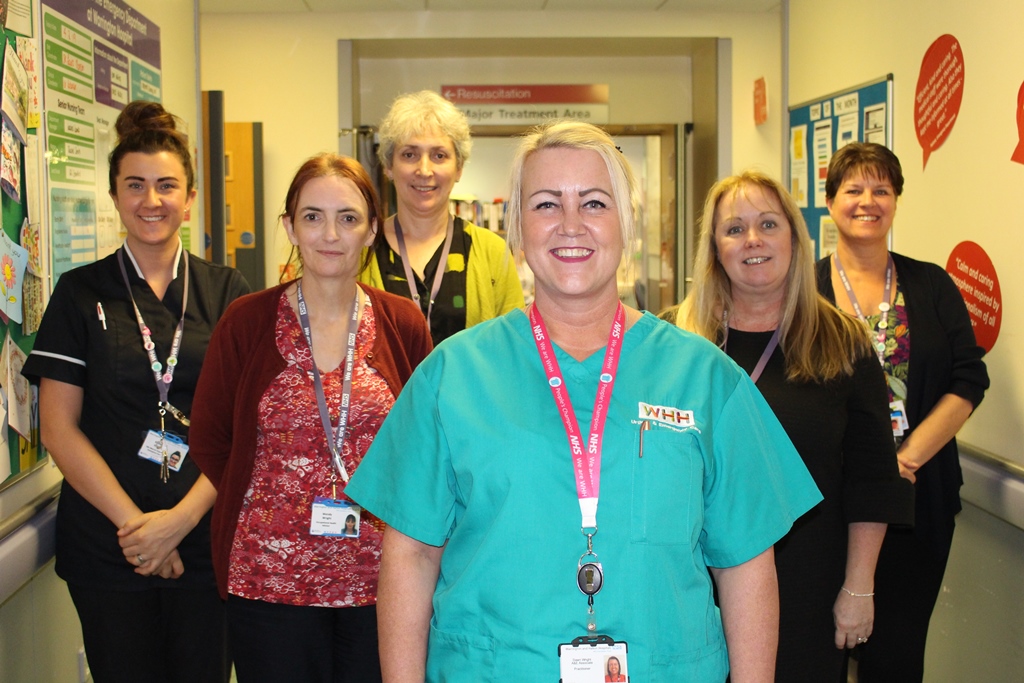