Jerry - from ‘Nigeria to the NHS’

… and how he nearly missed his flight to the UK and Trust staff made him feel at home again, once he arrived at hospital 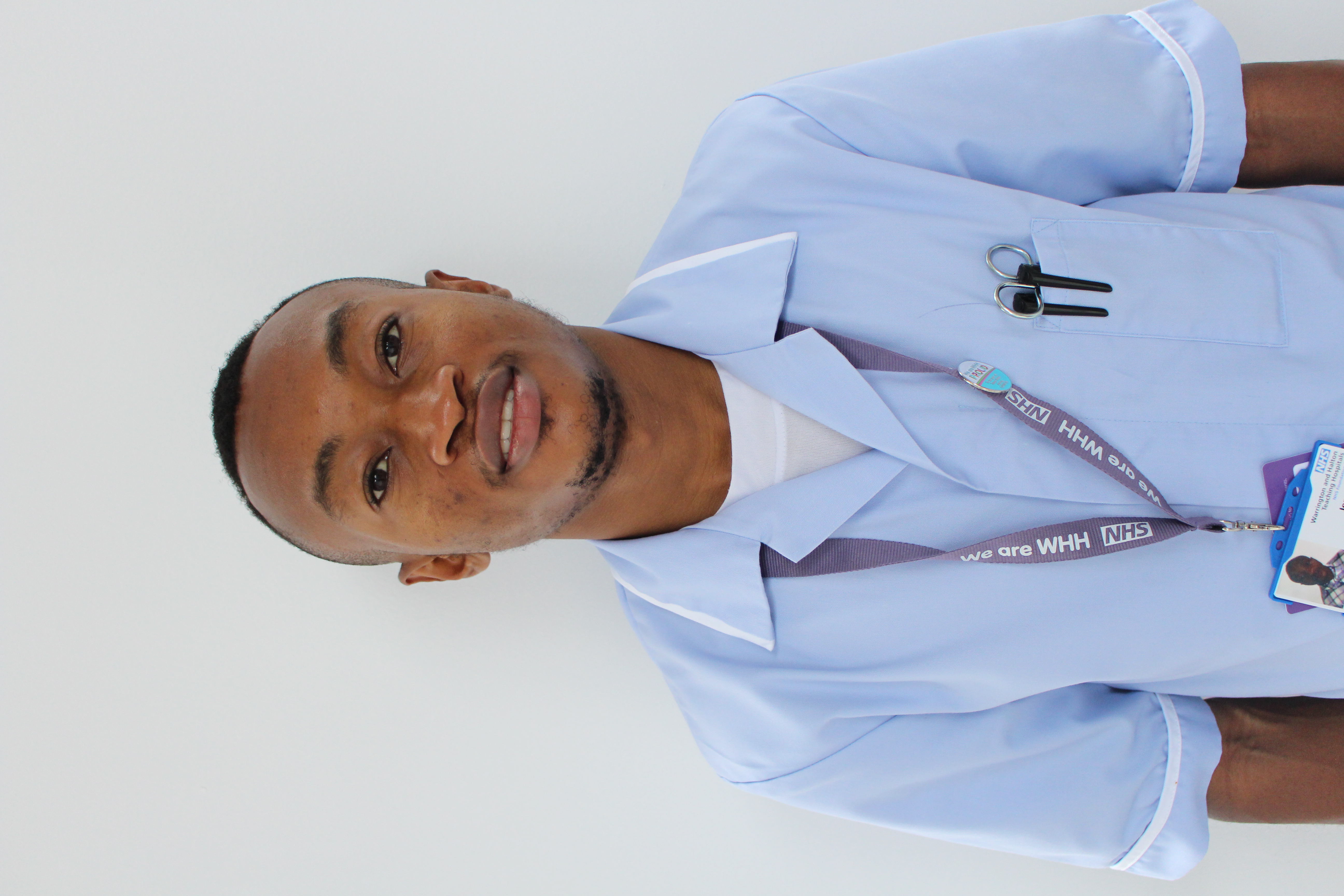 When COVID-19 struck the UK, Jerry had been watching the BBC’s World Service, in Nigeria, and saw the rainbow symbol in the many windows - drawn by children - with the words ‘Thank you NHS’.

Jerry, a nurse of three years, was intrigued. Who or what is the NHS? What were people saying thank you for? He decided to investigate.

Jerry said: “It was the heat of the pandemic in England and I saw all these posters and they caught my attention. They said ‘Thank you NHS’ with many bright coloured designs in windows of people’s houses. I decided to Google ‘NHS’ and read up on it and watched You Tube videos on the NHS.

“I saw the news again and the citizens were again saying thank you. I thought to myself I would like to be a part of that, and to give it a go in England.

By February 2021, Jerry arrived in the UK and started working and training at Warrington hospital. He flew through his initial training programme, scoring 100% and was paired with a Ward Sister called Jane, who he describes as ‘really great’.

But it wasn’t all plain sailing for Jerry, as there was a hiccup at the airport which almost led to him missing the flight to the UK.

Jerry added: “The flight was due to leave at 11.30am and they noticed at 9am that my name was spelt wrongly on the ticket. I thought they wouldn’t let me onto the plane. Fortunately, they sorted it out by 10.30am - I almost missed the flight here!”

When Jerry arrived in England, the first thing he noticed was the cold weather – it was 30C in Nigeria. He also noticed the ‘Thank you’ written in car windows, and he said: “Wow, this is really great - I think that the British people are really lovely.”

Jerry noticed that the nurses have far more responsibilities than in Nigeria and that ECGs machine are available on the wards, whereas back home, he said, they had one ECG machine between many wards.

Jerry said: “I’m doing the things the doctors would be doing back at home - it’s really good for my experience. Patients are so polite here in Warrington and always say ‘thank you Jerry’. It really touches me - it means a lot to me.”

The Ward Manager said that Jerry was a tremendous asset to the department - the compliment provoked a wide smile from the Nigerian nurse.

Jerry enjoys reading and studying and wants to learn as much possible and hopes to learn a speciality, so that he can progress his career in the health service.

He said he’d settled in well at Warrington hospital and thanked everyone at the Trust for being so welcoming and supportive. He highlighted his first day at Halton hospital when he met the Trust’s CEO Simon Constable for the first time.

Jerry added: “I felt quite anxious on my first day, in Halton, having left home and not knowing anyone here. Mr Constable thanked us all for coming all the way here from our home countries to help - his appreciation made me feel at ease. It was like a balloon being deflated and all the anxiety suddenly left me.”

Outside of work Jerry has visited some places he described as beautiful. These have included: a park in Widnes, Blackpool, Crewe as well as Liverpool.